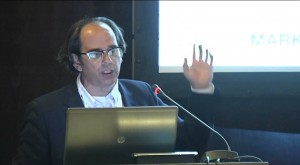 Last December I presented and defended my PhD research paper. The topic was described as highly innovative and in fact one of the most relevant comments made by the tribunal was that “on very few occasions the Academy goes ahead in business. This is one of those cases”. This research work has its origins in my own professional experience because, being a planner, I have witnessed how applying the methodologies, processes and tools of strategic planning to brand communications improves notably its effectiveness. Then, if it works, why not apply that knowledge to improve employee communication and hence contributing to improve employee engagement with the brand? This initial question prompted a full fledged research project that ended up becoming my PhD paper.
In the actual state of markets, brands have become intangible assets because they build sustainable relationships with their clients and other stakeholders. The better the Client/Brand relationship becomes the more profitable and beneficial for both parties. Employee/Brand relationship is an important and relevant variable in the quality of the Client/Brand relationship. Furthermore, communication plays a very important role in the development and management of relationships. It could be stated that the quality of the communication describes the quality of the relationship. Or, better communication, better relationship. Hence, brands invest many resources in improving the efficiency of external communication, but how do brands communicate to internal stakeholders, specifically to employees? This is the question answered by this research paper.
To answer the question, the paper begins with a thorough research of secondary academic sources to conceptualize and to contextualize internal branding and strategic planning. Then, along with the conclusions and learning, the filed work was implemented through focused interviews to relevant practitioners and academics. With the conclusions of these two phases, a working methodology and a conceptual model, adapted from validated strategic planning tools, is proposed as a first step in the full adoption of strategic planning to employee communication.